The past few months have been a blur. Circumstantially speaking, it had been the most trying three months of my life. It began in the beginning of March; I started feeling nauseous and dizzy at random times. I also felt like I had a fever, however I never did have an official fever. Finally in the middle of March, it hit me like a truck, sending me to bed before dinner. Long story short I was diagnosed with mono. For those of you that haven’t had it, I woke up Saturday morning feeling like a million bucks. I enthusiastically made waffles for breakfast, but after 30 minutes on my feet, I headed back to bed. I missed 7 straight days of school then we missed our spring break trip to Arizona. Lame. I went back to school after spring break, but only had the stamina to teach from my desk and I finally earned the right to take naps at school; be careful what you wish for! I started feeling better and gaining strength day by day. Finally, I began physical activity a couple weeks ago.

Shana was diagnosed with mono in the middle of April. We had her sister and our two daughters stay at our place for a week. A couple weeks later we decided to have Ashlynne stay with us until the remainder of school to help Shana’s sister, Felicia, get settled again. Then two weeks into May Shana’s granddaddy got sick. It has been a three-month stretch that I won’t soon forget! 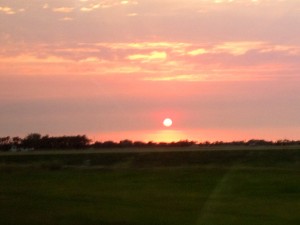 I like to call myself a “glass half full” person, however my default is “glass half empty.” In the midst of the adversity the past couple months, I have found myself more upbeat than normal. In fact, it seems a little unusual for me to be this positive, but I can pinpoint why this is the case. Before I do that, I want to share a story with you. As a sixth grade math teacher, one of my favorite activities is to take five minutes out of class and read a short story to the students to teach a “life lesson.” One of my favorites is a story about two seriously ill men that shared the same hospital room. Each afternoon the man by the window would get to sit up for an hour and look out the window and describe in great detail what he saw; the other man began living for these one hour blocks of time because of the wonderful things the man would describe. After the man by the window died, his roommate was moved next to the window, he was very excited about the things he would see. He was very surprised to find out the window overlooked a brick wall! Confused, he asked the nurse about the dead man and she informed him he was blind.

Instead of dwelling on his circumstances, the man that was blind chose to use his imagination in order to enjoy the present. We are faced with this choice every moment of everyday. I’m not saying to avoid real, sad events; I’m saying that in the midst of adversity, pay attention to the simple, finer things in life. Curt Thompson says, “Pay attention to what you’re paying attention to.”

In my previous post I mentioned wanting Casey to share some insights from his perspective. I’ve been trying to get him to blog from his perspective for a while and finally he found just the right topic. Enjoy! And make sure to let him know if you like it by commenting. I’ll need all the help I can get to encourage him to write again 🙂 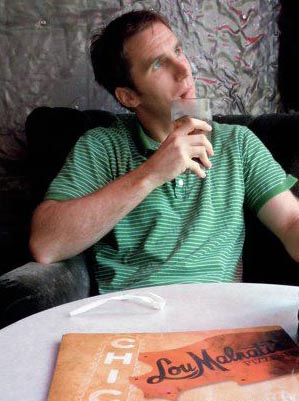 I continue to struggle with Ephesians 5 and what it means to be the “head of the household” like Christ is to the church.  I’m not a naturally bold person unless it is something I’m truly passionate about while Shana has a good argument regardless of the topic at hand.  Therefore, leading Shana and being responsible for my household tends to promote feelings of inadequacy.

Lately I’ve been practicing my “pack leadership” skills (thanks Cesar) while walking Minny before school.  I’ve focused on a “calm-assertive” approach while maintaining consistent boundaries; Minny has responded tremendously while my confidence with her has skyrocketed. 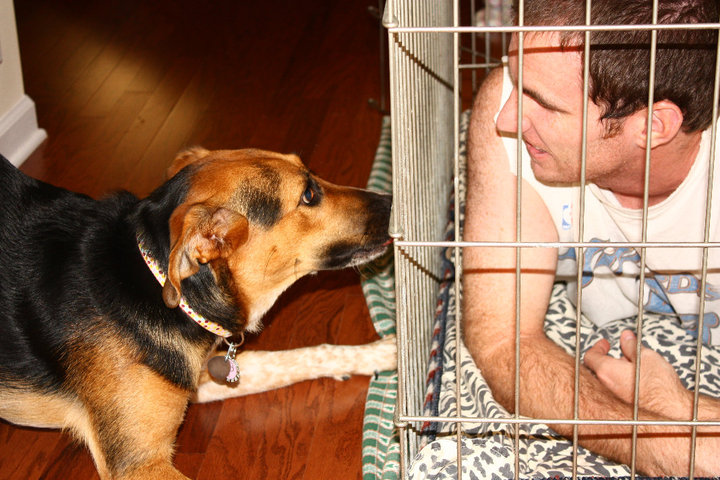 This past weekend I tried the “calm-assertive” approach while leading Shana around the dance floor.  Although I felt calm and confident that Shana would follow, my demeanor was a moot point.  After a very frustrating conclusion to the night, I realized I was missing a significant piece of the puzzle.  Fast-forward to Tuesday night…four days later, as I wrote to Shana in our mutual journal, a light bulb went off.

In the 11th chapter of the book of John, Lazarus died.  When Jesus went to see Lazuras he knew he was going to raise him from the dead immediately, but the reason why he didn’t prevent Lazarus’ death was because he wanted them (Mary and the Jews) to believe in Him.

When Jesus saw Mary and the Jews weeping, he was deeply moved in spirit and troubled… Jesus wept.  He knew he was going to raise Lazarus from the dead but the sadness of Mary trumped the magnificent outcome!  Jesus was so moved that HE WEPT!  He knew the outcome-that Lazarus would live, but he put EMPATHY before his ALL KNOWING SPIRIT and wept with them.  WOW!

True servant leadership benefits the one I’m leading.  In hindsight, “dipping” Shana would have served my pride, confidence and ego, not my wife.  As the one responsible for the well being of my household, will I be a servant-leader or a self-serving leader?  Although I can tell you what my heart desires, only my actions will determine my true response. 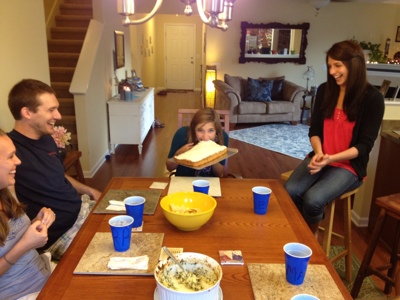 Sooo remember that time that I made a list of 25 things I would do while I’m 25? Well… about that. I didn’t do so well at knocking things off the list, which is unusual because usually I’m quite the taskmaster. I think I accomplished 6 things on the list, but I’m not even 100% […]